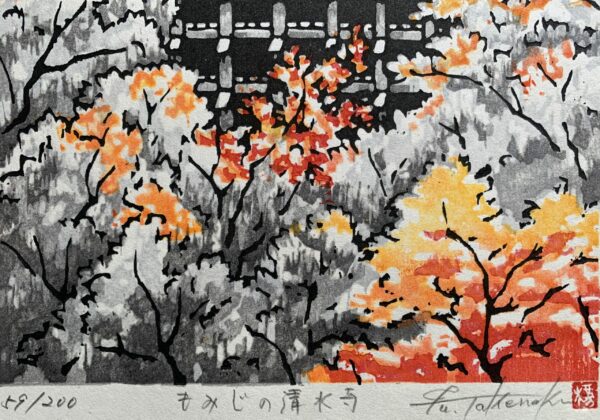 Availability: not in Stock

Fu Takenaka was born in 1945. She worked for a design company and started late with printmaking, in 2003. The artist works in the technique of the Japanese woodblock print. Fu Takenaka is a member of the Japanese artist association Nihon Hanga-in and well known in Japan.

This is a new original print. Never been framed.The Kiyomizu-Dera temple is an important Buddhist complex in Kyoto, dedicated to the deity Kannon. According to tradition, it was founded in the late 8th century by a Hosso Buddhist monk named Enchin, and completed under the patronage of a noble warrior, Sakanoue no Tamuramaro.

Will be send very well packed, worldwide with track and trace and insured. 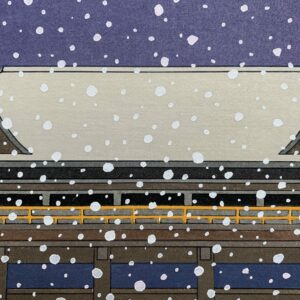 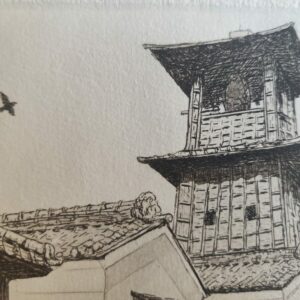 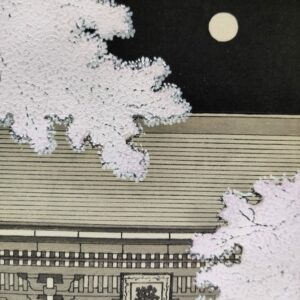 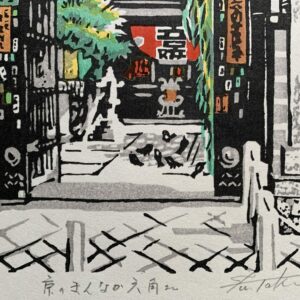 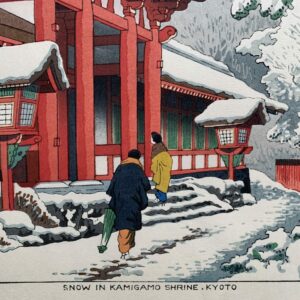 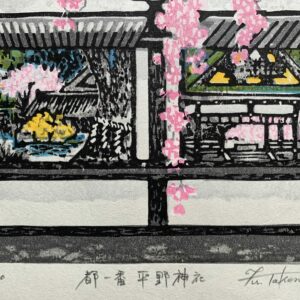 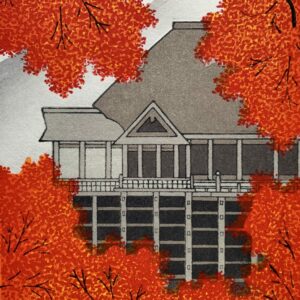 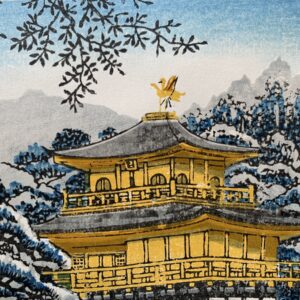 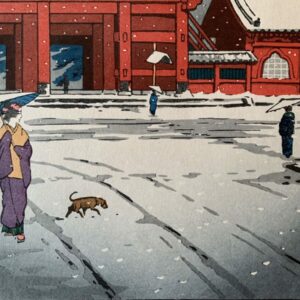